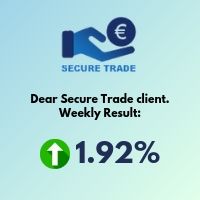 This week we honor the great James Cook

James Cook was an English sea captain. Contrary to popular opinion, he did NOT discover Australia, nor New Zealand, but he was famous for several reasons:

On his first journey, departing in 1768, he commanded the ‘Endeavour’ on an expedition to chart the transit of Venus. Cook went on to search for Terra Australis Incognita, the great continent which some believed to extend round the pole.

He first came across New Zealand, which had already been discovered by Abel Tasman in 1642. He spent some months there, charting the coastline.

Nearly a year later, he set sail east, becoming the first known European to sight the Eastern coast of Australia, in April 1770. He continued north, charting the coast in some detail, before returning a favourable report to England.

It was this report and recommendation which convinced the authorities to colonise the Australian continent with convicts. It was also on this journey that Cook claimed Australia and New Zealand for the British empire.

On Cook’s second journey which lasted from 1772-1775, he commanded the ‘Resolution’ and the ‘Adventure’ on an expedition to the South Pacific, disproving the rumour of a great southern continent, exploring the Antarctic Ocean, New Hebrides and New Caledonia.

On his third journey, commencing in 1776, Cook visited and named the Sandwich Islands, now known as Hawaii, and unsuccessfully sought a northwest passage along the coast of North America.

On his way back to England, he stopped at Hawaii again. After a boat was stolen by natives, he and his crew had an altercation with the Hawaiians. On 14 February 1779, Cook was speared by Hawaiian natives.

Because his death in Hawaii was at the end of a brilliant career he became a part of the lore and legend of British seamanship.

Cook had worked his way up from ordinary merchant seaman to Royal Navy Master and Commander, had proven that Australia was a continent, circumnavigated New Zealand, mapped Newfoundland and searched for the Northwest Passage. He had earned his reputation.