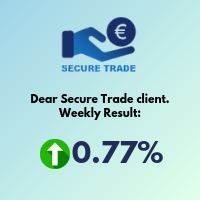 On this day the year 1918, speaking at a factory in Moscow, Soviet leader Vladimir Lenin was shot twice by Fanya Kaplan, a member of the Social Revolutionary party.

Lenin was seriously wounded but survived the attack. The assassination attempt set off a wave of reprisals by the Bolsheviks against the Social Revolutionaries and other political opponents. Thousands were executed as Russia fell deeper into civil war.

Born Vladimir Ilich Ulyanov in 1870, Lenin was drawn to the revolutionary cause after his brother was executed in 1887 for plotting to assassinate Czar Alexander III. He studied law and took up practice in Petrograd (now St. Petersburg), where he associated with revolutionary Marxist circles. 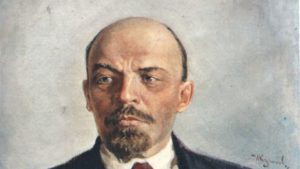 In 1895, he helped organize Marxist groups in the capital into the “Union for the Struggle for the Liberation of the Working Class,” which attempted to enlist workers to the Marxist cause. In December 1895, Lenin and the other leaders of the Union were arrested. Lenin was jailed for a year and then exiled to Siberia for a term of three years.

After the end of his exile, in 1900, Lenin went to Western Europe, where he continued his revolutionary activity. It was during this time that he adopted the pseudonym Lenin.

In 1902, he published a pamphlet titled What Is to Be Done? which argued that only a disciplined party of professional revolutionaries could bring socialism to Russia. In 1903, he met with other Russian Marxists in London and established the Russian Social-Democratic Workers’ Party (RSDWP).

After the outbreak of the Russian Revolution of 1905, Lenin returned to Russia. The revolution, which consisted mainly of strikes throughout the Russian empire, came to an end when Nicholas II promised reforms, including the adoption of a Russian constitution and the establishment of an elected legislature.

However, once the order was restored, the czar nullified most of these reforms, and in 1907 Lenin was again forced into exile.

Lenin opposed World War I, which began in 1914, as an imperialistic conflict and called on proletariat soldiers to turn their guns on the capitalist leaders who sent them down into the murderous trenches.

For Russia, World War I was an unprecedented disaster: Russian casualties were greater than those sustained by any nation in any previous war. Meanwhile, the economy was hopelessly disrupted by the costly war effort, and in March 1917 riots and strikes broke out in Petrograd over the scarcity of food.

Demoralized army troops joined the strikers, and on March 15 Nicholas II was forced to abdicate, ending centuries of czarist rule. In the aftermath of the February Revolution (known as such because of Russia’s use of the Julian calendar), power was shared between the ineffectual Provincial Government and the soviets, or “councils,” of soldiers’ and workers’ committees.

After the outbreak of the February Revolution, German authorities allowed Lenin and his lieutenants to cross Germany en route from Switzerland to Sweden in a sealed railway car.

In July, he was forced to flee to Finland, but his call for “peace, land, and bread” met with increasing popular support, and the Bolsheviks won a majority in the Petrograd soviet. In October, Lenin secretly returned to Petrograd, and on November 7 the Bolshevik-led Red Guards deposed the Provisional Government and proclaimed soviet rule.

Lenin became the virtual dictator of the world’s first Marxist state. His government made peace with Germany, nationalized industry, and distributed land but beginning in 1918, had to fight a devastating civil war against czarist forces.

In 1920, the czarists were defeated, and in 1922 the Union of Soviet Socialist Republics (USSR) was established. Upon Lenin’s death in early 1924, his body was embalmed and placed in a mausoleum near the Moscow Kremlin. Petrograd was renamed Leningrad in his honour. After a struggle of succession, fellow revolutionary Joseph Stalin succeeded Lenin as leader of the Soviet Union.