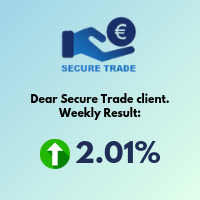 The 86 Soldiers that became 87

The Austro-Prussian War or Seven Weeks’ War (also known as the Unification War,[ the War of 1866, the Fraternal War, in Germany as the German War, and also by a variety of other names) was a war fought in 1866 between the Austrian Empire and the Kingdom of Prussia, with each also being aided by various allies within the German Confederation.

Prussia had also allied with the Kingdom of Italy, linking this conflict to the Third Independence War of Italian unification. The Austro-Prussian War was part of the wider rivalry between Austria and Prussia and resulted in Prussian dominance over the German states.

The major result of the war was a shift in power among the German states away from Austrian and towards Prussian hegemony, and impetus towards the unification of all of the northern German states in a Kleindeutsches Reich that excluded the German Austria.

The Liechtenstein army did well during the war, none of the 80 soldiers sent was injured, and 81 returned, including a new Italian ‘friend’.