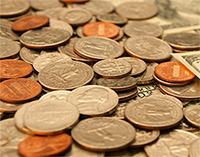 Money and currency has been around for more than 3000 years. Sometime around 1.100 B.C. the Chinese moved from using actual tools and weapons as a medium of exchange to using miniature bronze replicas as a way of payment. Around 600 B.C. Lydia’s King Alyattes minted the first coins. They were made from electrum, a mixture of silver and gold that occurs naturally, and stamped with pictures acting as denominations. At the streets of Sardis in those days, a clay jar might cost you two owls and a snake. This currency helped the country to greatly expand its internal and external trade, making it one of the richest empires in Asia. From those days forward it was understood that the coin itself, or what it represented, had an actual convertible value. For instance, as late as in post 2nd world war times, the mighty dollar was guaranteed by gold, which meant that every dollar bill printed was covered by gold hidden in the deep valves of the US Federal Reserve.

In 1971, it all changed, which is why we can offer the financial products offered on through this webpage. 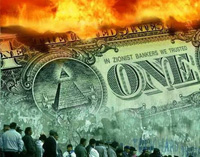 In 1971, the Vietnam War had drained the United States, and in an effort to get the country’s finances back on track, President Nixon announced that USA would give up the connection between the dollar and equal value in gold. As many other currencies at those times were tied to the dollar, their real value lost its connection to gold as well. The mainstream banks of the world were not late in finding ways to benefit from these changes. Since money was no longer tied to gold or other real assets - what would stop them from creating more money. Through lack of regulation and fiduciary control buy the governments of our world, mainstream banks are the producers of money, having taking over that role from the federal banks around the world. It is now generally accepted that about 95% of money “created” is done so by mainstream banks and only about 5% by governments. 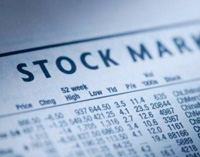 As money is “created” this way in large amounts 24/7 around the world in different currencies, it is logical that a market has been created to speculate in the changes in currency exchange and how the constant “creation” of money impacts currencies and the relationship between them. This currency market is relatively new in terms of markets and is growing by leaps and bounds. Already in 2013, the currency market turned over more than $5 trillion per day, about 100 times more than the New York Stock Exchange. The brokers and traders we use to benefit from this market are solely focused on this specific market and are some of the most successful in the world.